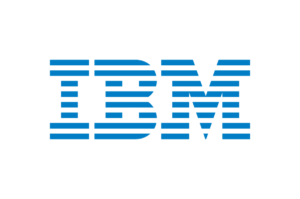 The age of cognitive computing is here… apparently. So what does that mean to us mere mortals? Essentially artificial intelligence or AI has been with us since business intelligence. The difference with cognitive is that predictions and prescriptions can be made based on the sheer size of data and insight available. The cleaver part, is how AI can learn and improve its response to this historical and real time data to predict and prescribe with greater accuracy. Improving at every decision.

The announcement of IBM Power9 attempts to go in hand with this new world of AI. It’s architecture has been designed with machine learning in mind. Already the Server is playing its part in leveraging and integrating the significant learning tools of offer from Watson, IBM’s AI platform.

IBM Power 9 offers a new direction for server technology. A direction that tries to learn and predict through the digestion and consumption of ever increasing amounts of data, from whatever source they may derive. Its designers have built the processors to scale and adapt as the need to run ever increasingly complex reports and workload becomes harder within legacy environments.

So, should you be looking to evaluate IBM Power 9? There’s certainly a business case to be ‘AI ready’ and have the capacity to obtain the data you’ll need to provide ‘machine learning’ capability in the future, should competition demand it. However, for many, AI remains a fancy term for Business Intelligence and until it provides the competitive advantage that many think it will, it will remain an interesting side show, unless you’re an e-tailer who all recognise Amazons lead is largely down to their adoption of AI manipulation of customer insight. Given Amazon’s success in this field it makes sense other industries will follow.

AI promises us the ability to replicate human intelligence. Most industries stand to benefit from this. As we see many traditional sectors being disrupted by new business models we’re left asking the question ” those who own the data could be the beneficiaries of its use”. To this end, it makes sense to establish plans for the data you collect, how it’s stored and how it might be of benefit in the future.

IBM iSeries – where now for this great invention?

This question has been out there even since the inception of…

IBM System i is here to stay

The IBM System i is still here some thirty plus years…