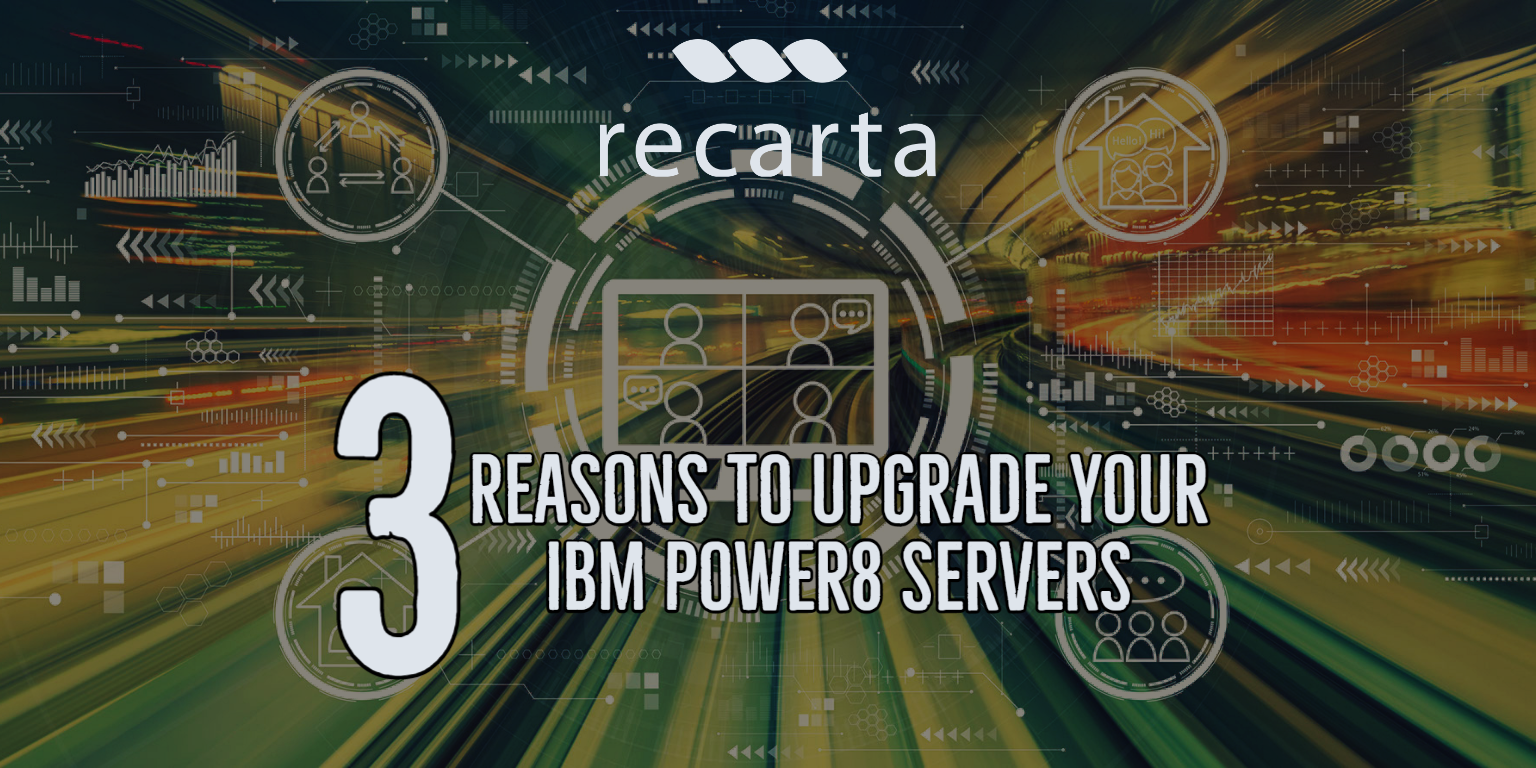 IBM POWER8 debuted in 2014, and the sale of these servers continued until 2019. IBM then announced that there would be no further orderable upgrades on POWER8 from earlier this year.

The reality is that much has changed over the past 8 years and for those of you still using IBM POWER8 to run mission critical applications – it may be just time to think about upgrading for three reasons.

Firstly IBM’s official statement released in 2019 states that it will support IBM servers for up to 5 years – this could mean the end of IBM Support for some IBM POWER8 servers at the end of 2023 – that is only 16 months away for those of you who have more complex IBM Power operations and upgrade paths to plan.

Secondly – the new V7R5 operating systems does not run on Power8 – which will leave many clients unable to upgrade to the latest OS level and take advantage of the benefits we have outlined in our recent webinars.

As you know – IBM Power Servers are sold as offering superior resilience and sophistication thanks to IBM’s optimisation of silicon and OS. Many buyers plans for extended operations or to run their machines in their existing state, need to accept that at some point they will not be able to secure IBM’s hardware and software support services.

Recarta is currently offering FREE RedHat consultancy and a licensed RedHat core on all Power 10 server sales – so maybe now is a good time to get in touch to find out more.

Speak to an expert today!

The IBM Power range has a long history of being the…