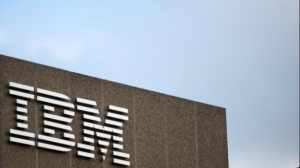 The story of the current IBM x3650 and the System x range of servers in general goes way back to IBMs PC Servers of the early 1990s and then the later rebrand to Netfinity.
Within IBM at the time in the 90s, these servers were different because they used Intel x86 processors and to a degree, AMD processors. These were considered “off the shelf” and “commodity” when compared to IBM’s core mainframe and midrange computing business but were an important addition to the portfolio as distributed, client/server computing and networking was on the rise.

As is the case with all IT vendors, a number of rebranding exercises have taken place over the years. IBM PC Servers became Netfinity, which then became eServer xSeries and now System x. With the purchase by Lenovo of IBMs x86 based servers, PC and low end storage divisions, as of 1st October 2014 the IBM System x became Lenovo System x and therefore IBM x3650 became Lenovo x3650.

The x3650 latest machine type is the M5 (8871) which is a powerful 2U rack-mounted dual-socket server, making use of E5-2600 v4 CPUs. It is designed to be flexible and scalable and handle multiple workloads in a Windows or Linux environment. Common uses are for database, cloud computing and virtualization, enterprise applications, collaboration/email, business analytics and big data, virtual desktops, and Microsoft RemoteFX applications.

Something that is often overlooked with the x3650 M5 is that it includes many energy-smart features. These features make for performance efficiencies and help to significantly reduce costs. Some examples of these are the power supplies that deliver 96% efficiency at 50% load. Dual fans that can allow operation in up to 40 degree Celsius environments and memory performance at speeds of up to 12% faster than the Intel specification, by supporting two RDIMMs per channel.

If you would like more information on the x3650 servers and how they can deliver value to your business, please feel free to contact one of our specialists.

21 Shopping Days To Get Your IBM POWER8

With only 21 business shopping days to Christmas I was trying…

We are very excited about the latest announcements from IBM with…

Recarta has a long history for supporting and maintaining IBMi environments.…